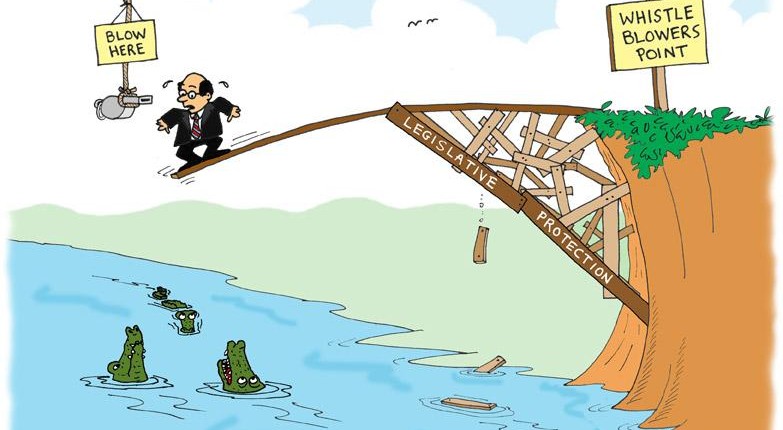 Whistle-blower vs the Company: Who is at Risk to Loose More?

A study by Durham Business School found that despite protection provided by UK employment legislation, whistleblowers who accuse their organisations of misconduct may find their mental health under attack, as new research suggests companies can use highly personal means to undermine negative claims brought about by their employees.

As a high proportion of those who revealed wrongdoing within their organisation ended up losing their job either through being pressured out of the business or outright dismissal. In actions being termed ‘whistleblower retaliation’ where a company segregates or penalises whistleblowers is a common feature in all case studies included in the report.

Research Author Maria Fontaki states “most whistleblowers are only trying to do their job correctly; not normally for press involvement or imagine media attention. However when this does happen, as a last resort the company often seeks to discredit them.”

The report also found that whistleblowers who stayed at the company were subjected to bullying, demotion and isolation, while some were forced to seek mental health counselling. Many fell victim to the pressure of retaliation and began experiencing anxiety disorders such as depression.

In one instance of whistleblowing, a company commissioned a report on an employee’s complaint; however the publication questioned his character rather than issue he had raised; describing him as “emotional and not reasoned or coherent”. The report was then leaked to the press undermining his ability to perform his job well.

We shouldn’t regard whistleblowers as heroes or villains; instead we should create conditions where employees feel comfortable to raise concerns. All individuals should feel comfortable in bringing up issues they feel strongly about without having to worry about the repercussions.